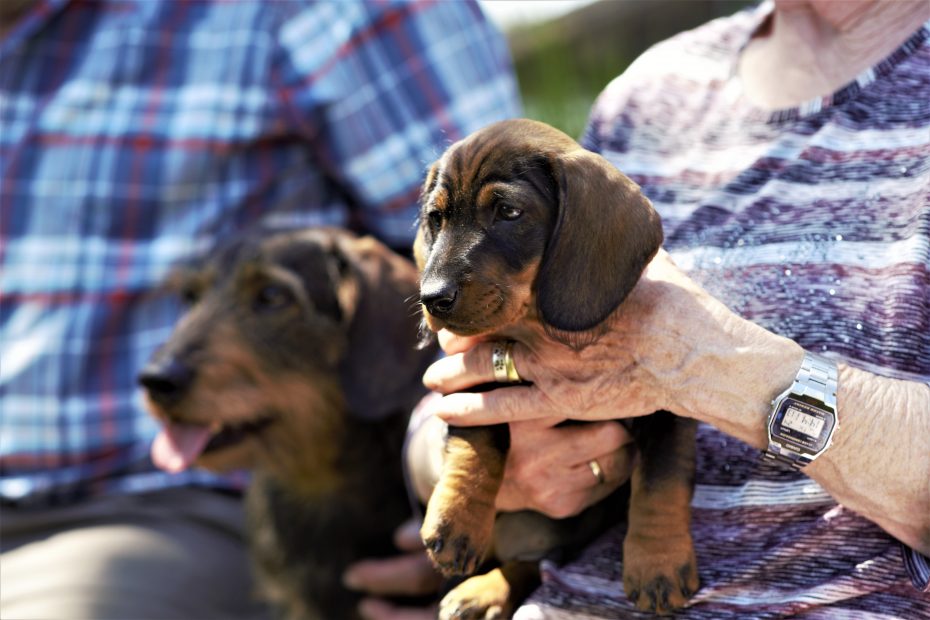 A new scientific study looked at the topic of inbreeding in pedigree dogs. 227 breeds have been evaluated, with the not very surprising result of high inbred rates. The average inbreeding based on genotype across all breeds that have been tested was Fadj = 0.249. To understand the number better: in a natural population of individuals, a first cousins mating produce offspring with an inbreeding value of F = 0.0625, half siblings will produce F = 0.125, and full siblings or parent-offspring F = 0.25.

So, when mating two pedigree dogs from the same breed, it is the equivalent of a parent-offspring mating in a healthy population of wild animals. If you pair two dogs from different breeds, it´s 0,037.

Now comes the big question: where is the Dachshund on this scale? One may think that a breed with a long history may have a bigger genetic pool than relatively new breeds with only a few individuals as starting point. But interestingly, the Dachshund is completely average when it comes to genetic variation. The Standard Dachshund´s value is 0,247. And now, the big surprise: the Miniature Dachshund has a higher variety in the studied alleles of 0,168.

Looking at other hunting breeds, we stumble over more surprises. The Portuguese Water Dog, a breed barely known and with only 50 individuals left in 1960, has a lower inbreed value than the Standard Dachshund, which is found everywhere in the world at huge numbers. Fox terriers, known as a breed since 1876, have a critical value of 0,419, the much younger German Hunting Terrier only 0,199.

So, the age of the breed or the number of individuals worldwide is not a good indicator for the inbreeding value. Moreover, historical bottlenecks (wars reducing the population, known stud dogs used frequently, breeding lines disappearing due to fashion etc.) and also whether crossbreeding was common/allowed in that particular breed are important factors.

So, a newly designed breed or a breed where crossbreeding was lately allowed in specific cases (to increase the gene pool) has a much lower value than most historical breeds.

But what does that mean in terms of health? Well, a question not easy to answer, as studies provide different results. Fact is, inbreeding is an important tool for breeders to maintain characteristics of a breed, including hunting abilities. Our Dachshund is what it is because of the limited gene pool. Keeping the balance, maintaining the positive traits, and not allowing negative traits to spread in the population is the biggest challenge for working dog breeders.