Is a Hunting Dog a Good Hunter? 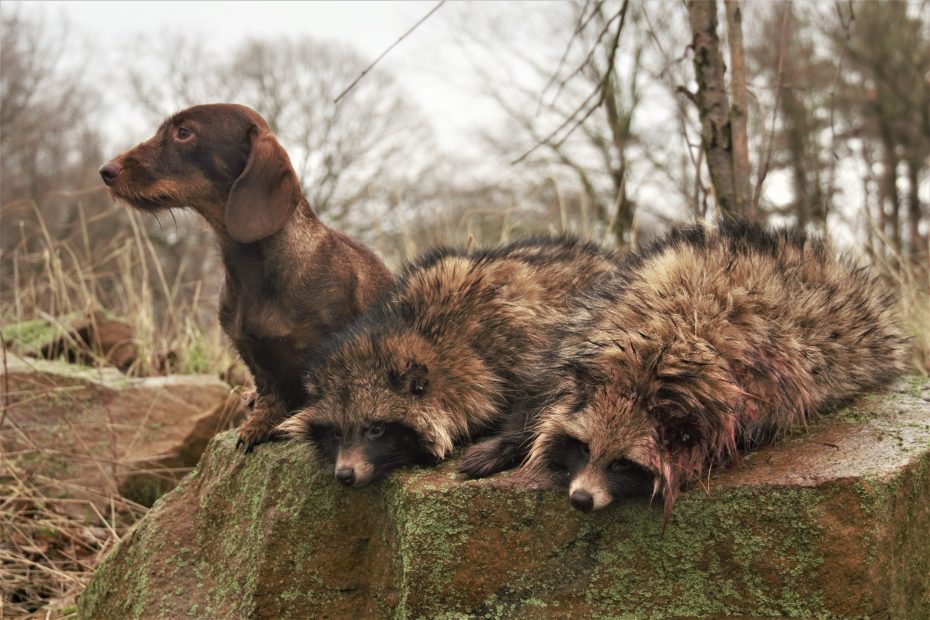 Sounds like a ridiculous question? The answer anyone would give spontaneously is of course: yes! Hunting dog breeds have been selected over thousands of years for the pure reason of hunting – but wait a minute, is this really the case?

Hunting is defined as the chasing and killing of wild animals. Now, let’s focus on predators in nature, which are of course great hunters. A good one ( one that survives and reproduces) is able to chase and kill its prey without collateral damage and with investing less energy in the hunt than it gets from feeding on it.

Obviously, many hunts conducted by dogs in the human world do not match these basic requirements. Let’s analyze three examples:

In case 1, obviously, it is a traditional hunting method which is more about the chase itself than about efficiency. The hounds, accompanied by the riders, are a glorious sight, and hearing their deep voices on the track gives you goosebumps. Note that there is no single wild predator, canine or not, voicing on sight or track – nothing is worse for hunting success than to disclose one’s own position or intention.

In case 2, one aspect of the behavioral chain of hunting has been greatly exaggerated by breeders: the slow stalk. A good pointer “freezes” in this position for ridiculous amounts of time. This enables the human hunter to catch up and shoot – without his partner, a pointer is not a very efficient hunter at all, taking also in consideration his fast search for prey, covering much ground – but also loosing a ton of energy along the way. You won’t see a wolf or fox running high speed over a field, unless it is actively chasing escaping prey.

In case 3, we increased hardness, gameness, and the overall prey drive of the breed to a point where it cannot manage its resources on its own anymore. It will literarily work till it drops, even if there is in fact no chance at all. No wolf, wild dog or any other predatory species will put itself into the risk of complete exhaustion if there is no realistic option of getting a great number of calories back from the fight. Only when close to starving and with nothing to loose anymore, they will turn to such desperate acts.

From the point of efficiency and survival, our best hunter in the world of dogs is surely the Dingo. Starting from a tiny population of companion dogs that came with the first people to Australia, it managed to conquer the continent on its own. Today, they are still autonomous hunters in the merciless Australian bush, sharing their characteristics with many other wild dogs around the world: hunting silently, tactical, thoughtful and with minimum risk for injuries. From our point of view, they are cowards. Always looking for easy opportunities, avoiding confrontation with equal opponents, stay unnoticed and wait for chances to strike when the prey is weak or vulnerable.

So, when you imagine dumping a pack of great hunting dogs like Terriers and Teckels, and simultaneously a pack of stray dogs and mutts from the shelter, into deep, deserted forests, the latter constellation would have a much greater survival rate. They would look for scraps from other predators, avoiding direct confrontation and eventually learn to hunt small animals. The Terriers and Teckels would follow the first warm track they stumble over in a furious, loud chase, exhausting completely and eventually get killed by an angry elk, boar or bear they teased too much. Or they would disappear in a huge underground badger castle, get stuck and die a slow and silent death.

As you see: Hunting dogs are, in many cases, not good hunters in the long run. The reason is they have never been bred to hunt – we would not have needed to change their ancestors at all to accomplish this task, as the wolf is already a perfect predator. A hunting dog is an enabler of hunting success for the human hunter. So, our ancestors increased specific properties of the wolf which they found useful. For example, the loudness on sight or track. It reduces the chances of individual hunting success for the dog but increases the chances for humans to locate and kill the animal. By making the dog a worse hunter, we raised our chances for success. As reward, these dogs got shelter and food from our ancestors, what ensured their survival.

As time went by, we created more and more very specialized hunting breeds, with properties that work well in specific hunting situations we humans developed. Pointing dogs, for example, were needed to locate birds which could be caught by humans using nets or other tools – or simple by approaching them at nighttime. So, in fact, the dog is the finder of the prey in this case, not the hunter that catches and kills it.

In the case of Teckels and Terriers, we went even a step further and set their minds on other predatory game. In nature, for sure different predators are enemies as well, but never would they went for each another with such a high passion and not minding the risk of deep wounds. A pack of African wild dogs, for example, would use every opportunity to kill a weak and wounded hyena or a single lion cub. They would definitely not invade the resting grounds of a pack of lions or bite and hold some adult hyenas.

The mind of a Teckel, and Terrier, works differently. They will enter the dens of badgers and foxes actively and work them with high passion over many hours. This is, of course, a behavior that is far away from actual hunting with the purpose to get calories for survival. It is the result of selective breeding these dogs for such a persistent, fixated and regardless working style. Or, in the case of some Terrier breeding lines, a real “fight until death” mentality.

What does this mean? It the relationship between men and dog a “toxic” one, with one part being altered to a point where it cannot function without help? From the viewpoint of nature, it is in fact a typical symbiotic co-evolution. Let’s take a look on the symbiose between some crab and fish species: the small and vulnerable fish is a guardian, warning the crab when predators are around – its specialized eyes make it valuable. The crab is responsible for building and maintaining a secure cave, creating an optimal habitat for the fish to thrive. In the case of human and dog, the hunting dog throws its very specialized skillset into the balance, and the human needs to create the optimal circumstances for it to use them as well. Then, hunting success is guaranteed.

These circumstances cover many points: correct housing, feeding, grooming, training and – of course – the choice of hunting situations that match your dog’s abilities. You as hunter have the to be the reasonableness that we have bred out of hunting dogs in some areas. We are in full responsibility for their well-being, and treated and used right, they will ensure us a maximal hunting success.