Is hunting (with dogs) a sport? 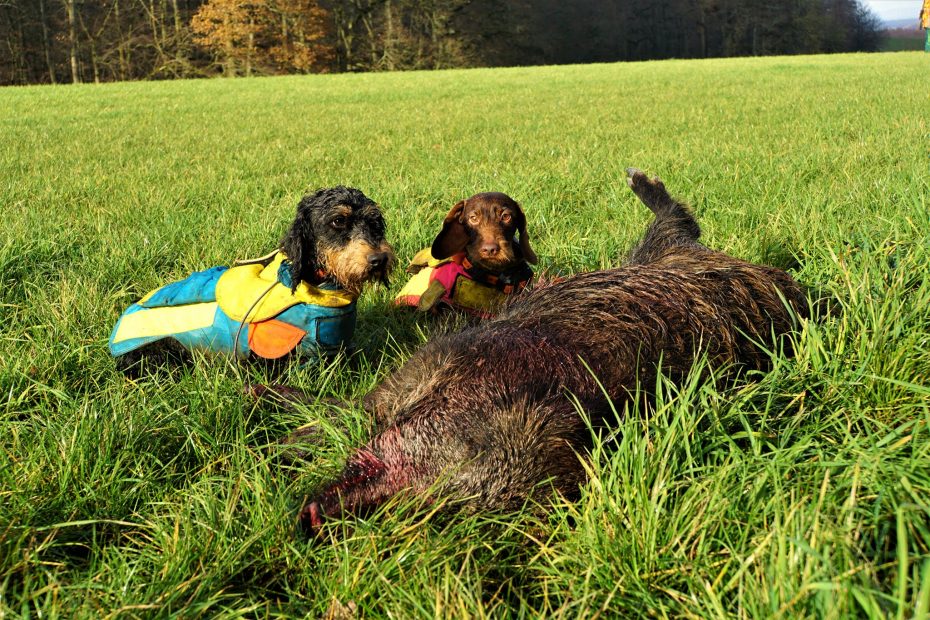 Today´s hunters are mostly against calling hunting a sport. We tend to exaggerate hunting and give it a veneer of necessity, selfless preservation of the natural balance, and existentially important food acquisition. Of course, these points are for sure valid to a certain degree/ apply to some types of hunting – but this kind of definition can also easily strike back: take the example of the Netherlands, where many forms of hunting were banned alltogether and replaced by other methods of pest control – and therefore bringing the proof that in the long term, we can become unneccessary. At the very moment, scientists all over the globe are working on non-lethal methods of population reduction of certain animal species, like the wild boar. When we keep reducing ourselves to pest controllers and there will be more humane methods to achieve that goal in the near future, the logial consequence is to ban hunting alltogether. When hearing today´s hunters explaining why they hunt, you might even get the impression that they do it only reluctantly and out of a pure sense of responsibility – terms such as joy, thrill, passion and striving for success have been completely eliminated from our vocabulary. We have been cornered by animal rights activits and still, we are not striking back, but always invent new excuses why hunting must be. We have to get out of this defensive attitude and represent hunting with pride – and rethink our argumentation.

Sport is a basic human need, as it is present in each and any culture and can be traced back to the Bronze Age and Neolithic period in the form of rock paintings. These paintings, which have been found in many parts of Europe and Africa, show people dancing, horse racing, hunting or in duels. The essence of sport is competition – and it’s certainly not about competing with another person. On the contrary, first of all, you challenge yourself to perform a specific task better and better under certain rules created by a whole community – in the case of hunting, over many generations. This is also how we set apart a hunter from a poacher – the latter is only concerned with the result, he pays no attention to rules and regulations whatsoever.

One may now say that hunting, for the longest period of time, was no sport but a task important for our surviving – but, in fact, there is strong evidence that from the beginning of humankind, hunting had an important cultural meaning far beyond beying a pure provider of nutrition. The view we have on ancient tribes as permanently fighting for surviving is wrong – they had plenty different sources of food, and a great amount of free time. As we see in today´s San culture, these people have a very specific way of hunting each species they consider as game animal, with a strong focus on competition and physical fitness of the hunters. They don´t need to hunt eland, for example, but they do it for cultural reasons and as a test for their boys to become valued tribe members – and they have a set of rules how exactly this hunt has to be done in order to get the appreciation of the tribe. If hunting would be purely a task for getting meat on the table, there would be no reason at all to have any rules which animals to hunt and in what way. Hunting seems to be, in fact, the earliest form of sport and the starting point of sportsmanship – fairness, ethics, respect and a sense of fellowship with one’s competitors. Hunting initiation rites throughout the globe have a framework set in which the young hunters have to perform the task – and often, it is not about killing a animal ment for human consumption, but a predator that puts phsysical and mental skills to the test. Equipment, time, target species, method… all is strictly regulated. Obeying rules will lead to disqualification.

In today´s hunting, we can recognize many aspects of sports – the most crucial being the trophies and the comparison of them. Also, the importance of achieving a goal stricktly following the rules and regulations of your hunting community. A trophy you got with unfair methods – for example catching a deer with a snare or hitting it with a car – will be dismissed. Anti-hunters often talk bad about hunting BECAUSE of our “trophy cult” – in fact, more than anything else it makes hunting an activity with high ethical standards and also a strong self-monitoring aspect within the hunter´s community. As in each sport, the competitiveness is increasing the level of rule monitoring and self-discipline – or when you pay more attention if your competitors are playing according with the rules, when you compare yourself to the others in order to win or when performance/results make no difference whatsoever? Of course, as in every sport, there are people playing unfair or cheating – it is up to us to maintain the high standards within hunting and get rid of individuals harming our sport.

In this argumentation, of course, hunting with dogs is also a sport and therefore all high ethical standards of sportsmanship apply also to it. It is not barely about the best possible result, but about following a strict set of rules to get there – including the training, handling and breeding of the dogs. Also, for specific hunting methods, a dog is a crucial part and there is no negociation whether or not it should be abolished in the future. Take, for example, hunting with bird dogs. It is clear that the natural habitats where we can perform this sport are shrinking more and more due to extensive land use, urbanization, pollution etc. Many hunting parties try to turn this around, maintaining hunting grounds and breeding game animals in order to be able to move on with their beloved sport. Animal rights activicts are outraged, trying to ban this sort of activitiy. Interestingly, nobody is fighting against winter sports, a billion dollar industry depending on the destruction of whole mountain landscapes in order to create skiing slopes – nobody is crying their eyes out because of the variety of animals and plants that vanish from these areas, as winter sports are an important activity completely valued by society. It is, of course, a matter of balance: we have to maintain nature AND provide space for sports. The good thing about hunting is that there is no “one” or “another”: our “sports arena” IS nature, so keeping our sport alive is, at the same time, providing a habitat for game animals and also additional species we are not targeting. Getting more people involved into this sport is a nature conservation measure, even it is, in fact, driven by selflish reasons. At the end, species at the brink of extinction could not care less why someone is provoding them a home – or even converting cultural landscape back into natural habitat.

So, what benefit does it has to talk about hunting as a sport? First of all, the constitutions of most states woldwide have a passus about the right of every person to freely develop his or her personality, including leisure and cultural acitivities. There is no doubt about it that sports fall exactly under this category, as you can also read in the fundamental principles of Olympism:

Principle 4. The practice of sport is a human right. Every individual must have the possibility of practising sport,
without discrimination of any kind and in the Olympic spirit, which requires mutual understanding with a spirit of
friendship, solidarity and fair play.

We are human, therefore we do sports. Hunting is the oldest form of sport, with the hunting dog being our companion and enabler of this activity. Forbidding hunting or parts of it must be seen as a fundamental infringement on the personal freedom of an individual, and in the same time, the destruction of our oldest cultural heritage. We need an argumentation based on these simple but important facts, and not on arguments that are

a) only apply to partial areas of hunting, b) become obsolete in the future due to technology or newest scientific research, or c) degrade hunting to pest control or food purchase

To sum it up: Hunting is a worldwide traditional sport that is in tune with nature, providing habitats and preserving game animals as a side effect.